I took the Graphics Processing Units course at NYU this past fall. This is the first post in a series about what I learnt. Buckle up for lots of technical details!

The CUDA architecture is built around a scalable array of multithreaded Streaming Multiprocessors.

Warp is the basic unit of execution in an NVIDIA GPU.

A warp is a collection of threads, 32 in current NVIDIA implementations.

The mapping between warps and thread blocks can affect the performance of the kernel. It’s usually good the keep the size of a block a multiple of 32.

picture the process of execution 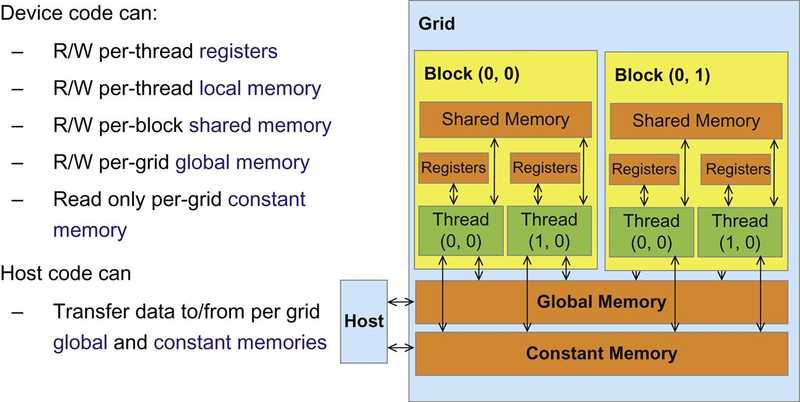 between CPU and GPU

CPU and GPU has separate memory spaces => data must be moved from CPU to GPU before computation starts, as well as moved back to CPU once processing has completed.

(Note that device can only read constant memory. But it’s short-latency and high-bandwidth)

Shared memory and registers are on-chip memories that are not visible to the host.

read-only, accessible by all threads

principle behind the design of memory hierarchy

Although both on-chip, they differ significantly in functionality and cost of access. 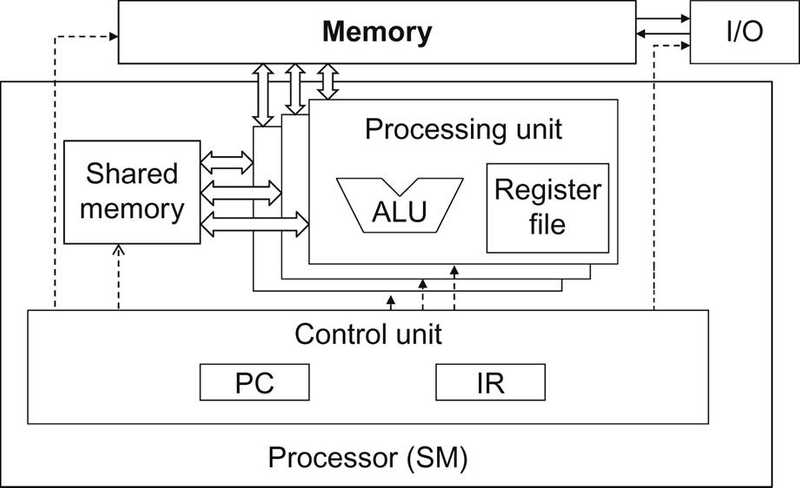 how does ALU treat them differently