Have you wondered if it’s possible to launch nested kernels (i.e. a kernel calls another kernel) in CUDA? Well, this is where dynamic parallelism comes into play.

Without dynamic parallelism, GPU is unable to create more work on itself dynamically depending on the data. Consequently data travels back and forth between the CPU and GPU many times. This was the case in older generations e.g. Fermi, see picture below: 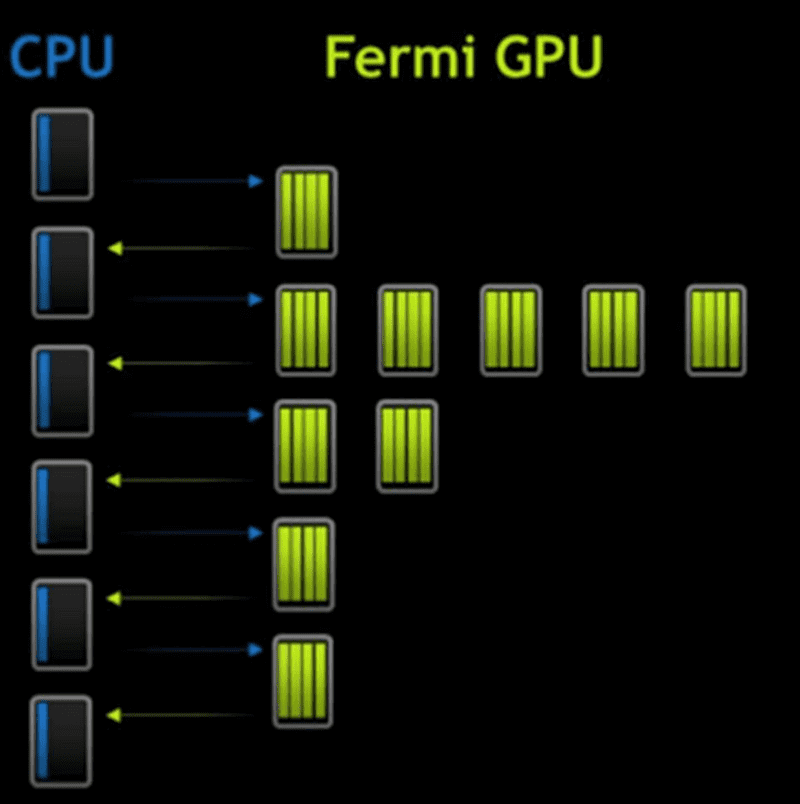 With dynamic parallelism, however: 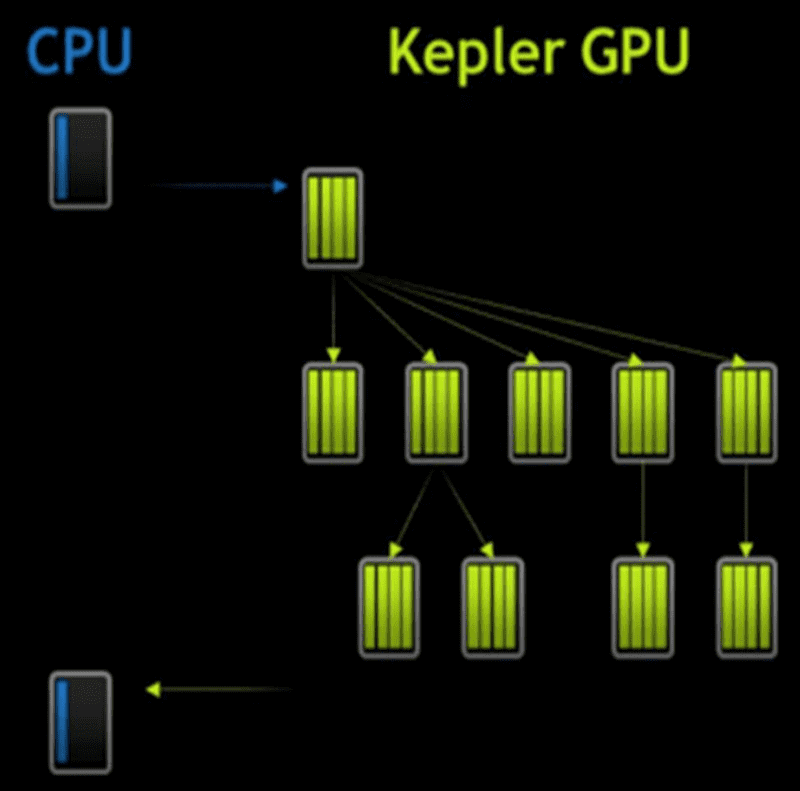 As we have talked about before in The CUDA Parallel Programming Model - 8. Concurrency by Stream, device kernel launch is asynchronous.

By default, grids launched within a thread block are executed sequentially.

If the parent kernel needs results computed by the child kernel to do its own work, it must ensure that the child grid has finished execution before continuing. This is done by: