In the fifth post of the CUDA series (The CUDA Parallel Programming Model - 5. Memory Coalescing), I put up a note on the effect of memory alignment on memory coalesce. Here I feel necessary to add a little bit more.

Memory access on the GPU works much better if the data items are aligned. Hence, allocating 2D or 3D arrays so that every row starts at a 64-byte or 128-byte boundary address will imporve performance. However, this is hard to do for programmers. 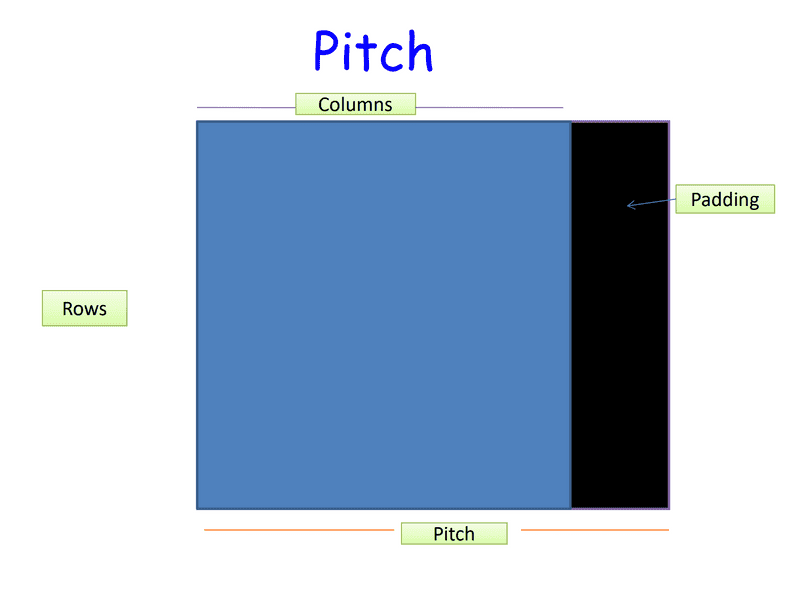 Pitch is a good technique to speedup memory access

There are two drawbacks that you have to live with:

Memory allocation of 2D arrays using this function will pad every row if necessary. The function determines the best pitch and returns it to the program.

This allocates at least width (in bytes) X height array.

This operation takes into account the pitch that was chosen by the memory allocation when copying memory.

measure the waste of space

We have a 2D array with X rows and Y columns. For best performance, the array needs to be memory aligned on 64 byte boundary (as we have seen in pitch). Derive a formula to calculate percentage of wasted memory (the padding) in terms of X and Y, assuming that a single array element is one byte. Assume that the array is NOT already aligned (i.e. ignore the special case where no padding is necessary).